Black leggings are the quickest fix for any outfit emergency, throw them under a tunic or a short dress and you are ready to rock! But we upped it a notch with these leather and stud detailed leggings. 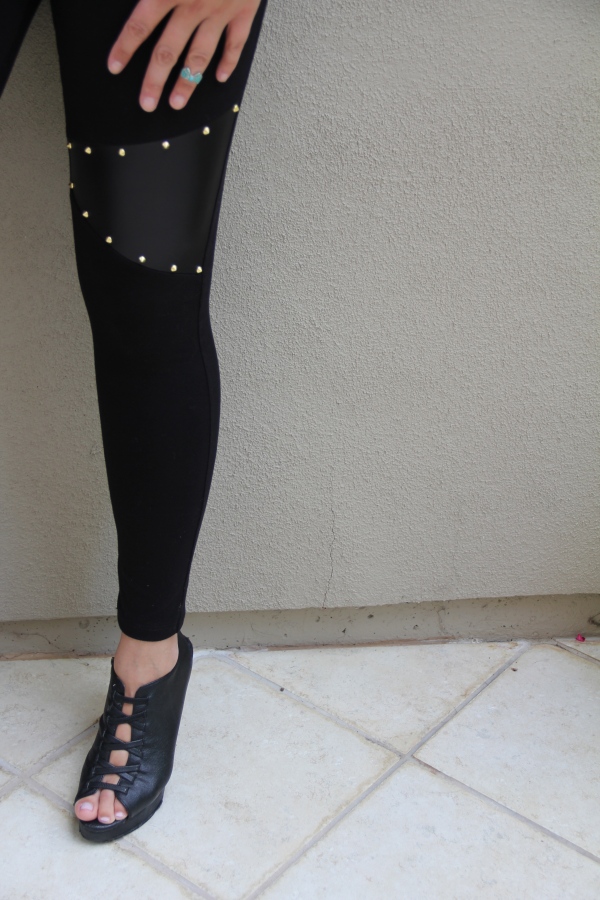 (The simple details add depth to the outfit and elongate your leg, which is never a bad thing)

We really love the way these leggings really pull this outfit together. We think it’s more of a nighttime look but if you are feeling sassy, you could get away with it during the daytime too!

I was doing some Spring cleaning and found an old t-shirt that I used to love.  It had shrunk a lot and kind of grunged down so I was ready to toss it when all of the sudden an idea came to me.  Why not re-invent something I already have?  I started snipping and studding and ended up with an awesome new tank top that is now my new favorite!  It was super easy and I did it in less than 15 minutes.  Here’s how.

(This was the original) 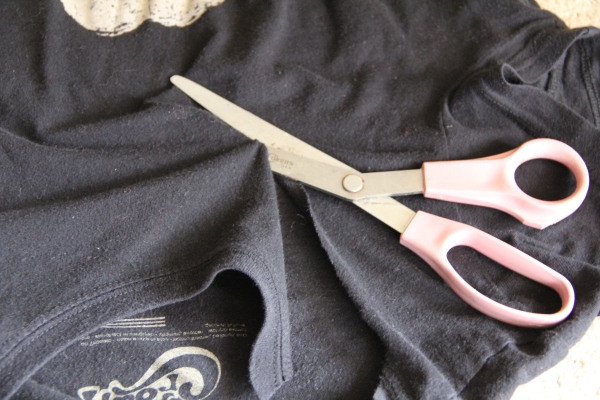 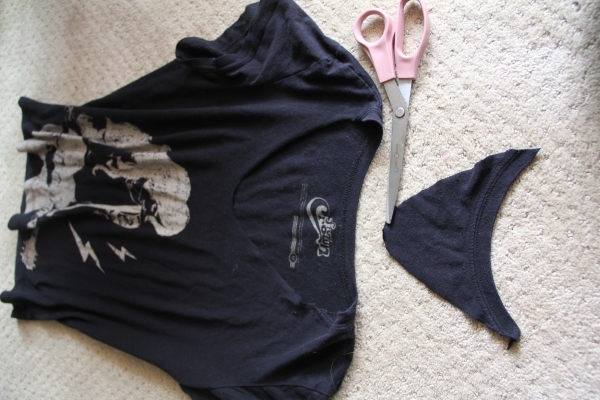 (Next to chop was the sleeves.  I followed close to the sleeve line in front to make sure there’s no unintentional side boob going on.)

(The back I cut much deeper towards the middle to make more of a racer-back tank.  I also chopped off the back of the neck hem.) 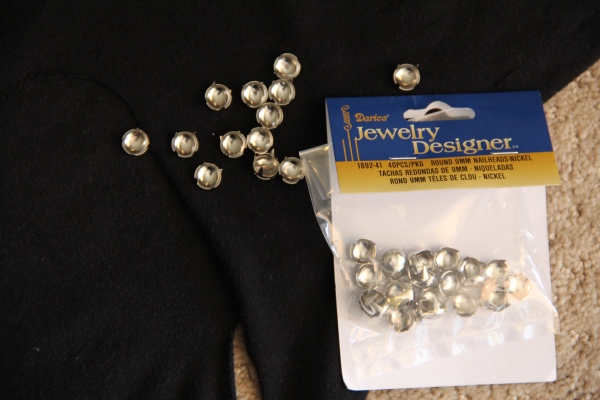 (I used jewelry pliers to begin to press the backs of the studs because they are sharp.  However, you can do this with your fingers as well)

(I positioned them before fastening to make sure they were even.  You can put as many or little as you’d like) 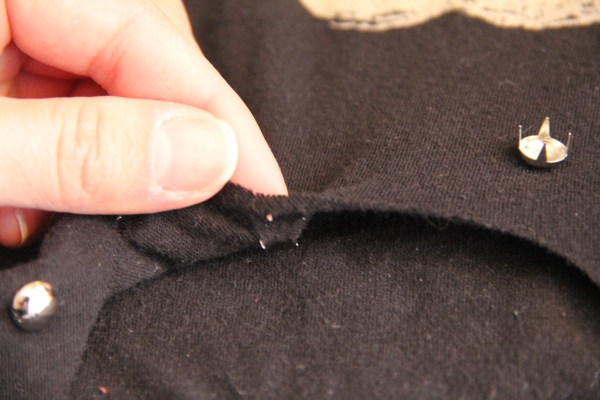 (Then try the tank on and make any cutting adjustments from here.  It’s best to start modest and then cut as necessary)