Portugal. The Man has been one of my favorite bands for the past five years. And since moving back home to San Francisco two and a half years ago I have been able to see them play live three times. Each time better than the last and this past Friday’s show at the Independent was no exception. This show had these floating orbs that changed colors, which added a little flare I have never seen before. Check out the pics.

(Once the orbs changed to a solid color, so did the entire room)

(The Independent is a tiny venue, holding about 400 people. It feels like you are part of the band)

(If he took another step, he’d be in the crowd)

Check out a little snippet of the show. If you haven’t heard of them yet, you soon will. Their new album is due out June 4 and is produced by Danger Mouse. 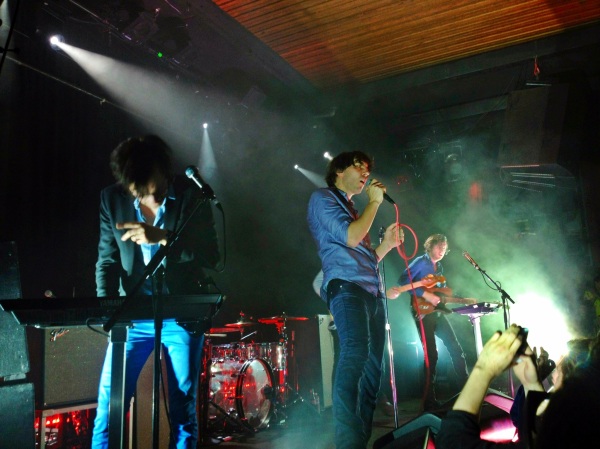